Miscellaneous » About Us » History

The end of World War II in 1945 brought a period of peace and prosperity to America, and a baby boom to American families. The steep climb in birth rates after the war began affecting schools by the early 1950s, and Santa Barbara saw its population swell and its student enrollment grow dramatically after the war years. Land developers were pulling permits every month to build hundreds of new houses, and local elementary schools bulged at the seams. In the northern part of the city, the only elementary school was Peabody School, and its enrollment grew by almost 500% from 1935 to 1952. If no new schools were built, a 1952 district report estimated that enrollment for Peabody by 1957 would be 1,253 students--far beyond its capacity.

The Santa Barbara School Board took quick action, and in July 1953, it bought 10 acres of land adjoining Las Positas Road from the 19th District Agricultural Association for the grand sum of $25,000 as a site for a new elementary school. Their goal was to have it open by the fall of 1954, and the first step they took was to decide on a name. The Board decided to stick with its tradition of calling schools after presidents and deliberated on using Madison or Monroe before they finally settled unanimously on Adams School, in honor of the second president of the United States.

Plans for the school were drawn by Chester Carjola, originally from Finland but by this time a famed local architect whose work included Casa Robles (the 2009 CALM designer showcase) and the conversion of the former U.S Post Office building to the current Santa Barbara Museum of Art. For Adams, he created what he called a "modified modern California Spanish" style with an open design and wings which would permit for future expansion. Construction began in the fall of 1953 under general contractors Charles and Kenneth Urton and was completed in August 1954 at a cost of $456,852.

Adams School opened its doors to 430 students on September 14, 1954 under the leadership of Principal Lloyd J. Pieters. It was a bumpy first day because the superintendent had decided just a few days earlier that in order to properly welcome children back, all the elementary schools would start at 8:30 a.m. instead of the usual 9 a.m....but the unexpected change only resulted in mass chaos across the district! Fortunately, the schedule soon smoothed out, and the community was thrilled with its newest school.

Over the years, the population of Adams has risen and fallen, from a low of about 150 (at which point its boundaries were merged with those of the former Wilson School) to a high of 770. Our first graduates are now grandparents and great-grandparents-- and yes, it's always fun to when the children and grandchildren of Adams alumni enroll as students themselves! Our graduates have gone on to colleges and universities across the country, including Yale, Stanford, Dartmouth, Williams, Westmont, UC Santa Barbara, and many others. Adams staff members are proud of their long tradition of serving the families of Santa Barbara and look forward to teaching local children for generations to come. 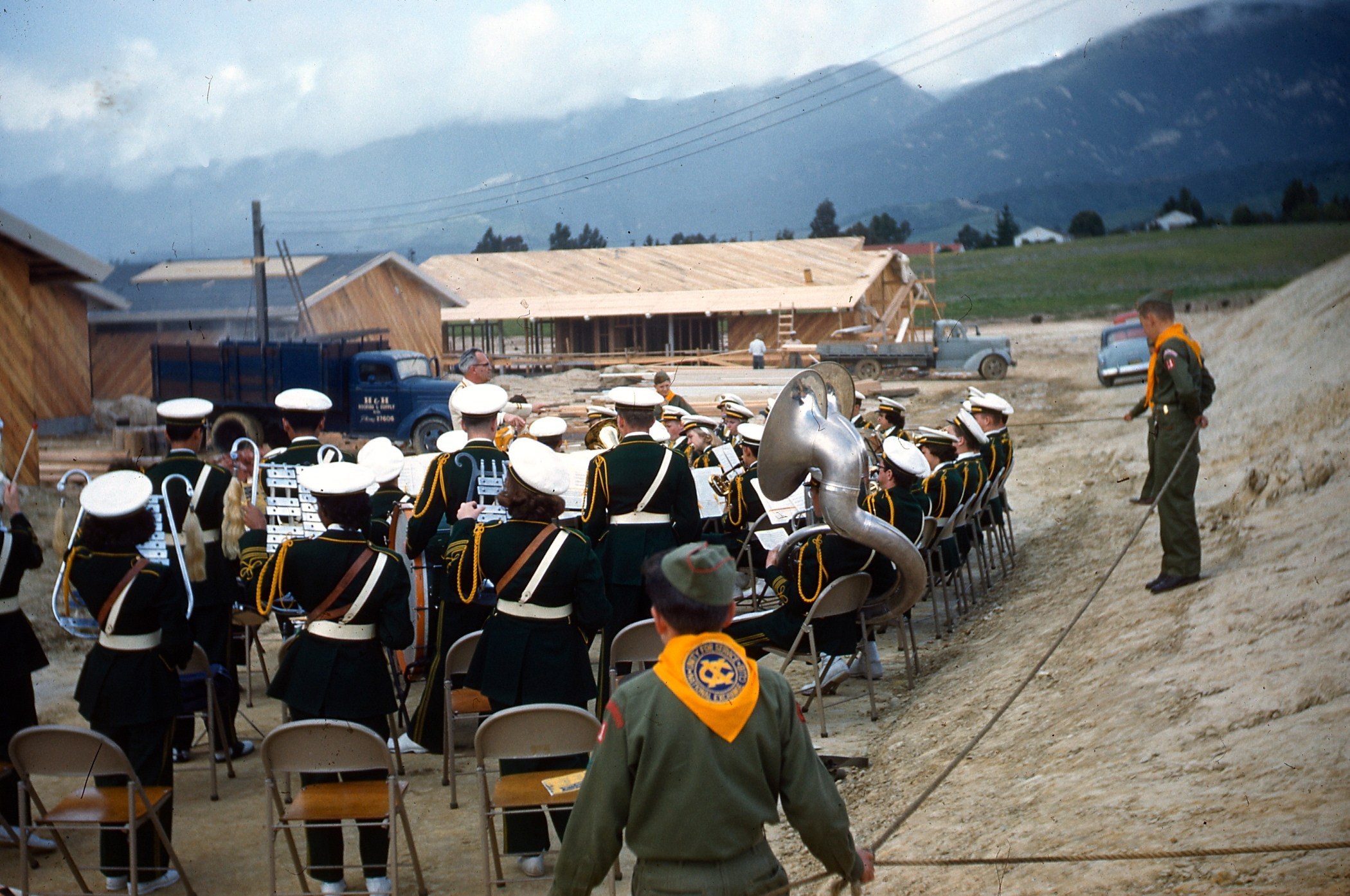